5 ways to surreptitiously document your rise to greatness

Lift Team 6 highly recommends that lifters video record their lifts wherever possible. It helps to both document and analyse progress. With the increased availability and popularity of analytics software and online coaching, this training aid is becoming an increasingly prominent feature of powerlifting training. Athletes can dissect their lifts in great detail and self-analyse form with a level of scrutiny like never before possible. For lifters eliciting help from distance coaches – this is an indispensable part of the coaching process. Lifters can also get advice and support from fellow lifters at the touch of a button thanks to the wonders of social media sharing.

Despite the benefits of these digital boosts, many powerlifters are still reluctant to Scorsese their way to glory. In most cases this is due either to embarrassment or wanting to avoid giving off a sense of arrogance or narcissism in the gym. We’ve all seen the ‘wannabe’ Instagram stars hogging the gym mirrors with their streams of selfies, however there are also just as many lifters recording for improvement purposes. This is an aid for the lifters out there who want to capture their lifts whilst still remaining in incognito mode.

Here are our top 5 picks for the shy Tarantinos of the gym world. Each method will receive a rating for both effectiveness and stealth to evaluate its performance.

This low effort technique is of particular benefit to powerlifters. Powerlifters are known for lugging around lots of supplementary gym equipment while training. The use of: wraps, sleeves, extra shoes, towels, chalk blocks, water bottles, chicken breasts, singlets, and lifting belts can lead to the accumulation of a very hefty pile in which to hide a camera. A phone poking out of the top of this mound would raise zero suspicion amongst other gym goers, the more untidy and Emin-like the pile, the better. Powerlifters usually have enough kit to successfully support even the most ambitious of camera angles. The lifter’s camera is seamlessly camouflaged in this sea of equipment and the rest of the gym is non-the-wiser as to the secret recording.

Getting our excited faces ready for our brand new video which drops tonight at 9pm on our YouTube channel (check the link in the bio) You'll be able to find out what programme we've opted for as we start a brand new cycle- SPOILER ALERT 🚨 It's a programme that we've never done before. Be sure to check it out 👊💪🎉

Here the level of deception takes a hit. This move simply involves swapping the lifter recording themselves with somebody else doing the recording. This technique calls upon the help of a friend to capture your footage. The positive of this method is undoubtedly the level of efficacy that goes with it. Action shots a plenty.

With another human being behind the lens, the quality of recordings should skyrocket and the danger of external factors affecting the video greatly decreases. There will be no fear of phones falling over after the slam of a heavy deadlift and the plebs that congregate to stand in front of recordings can be swiftly shooed away. This is also a great way to capture the notoriously tricky bench press. The one thing that this article fails to account for is that the majority of powerlifters have no friends.

This advanced technique involves pointing the camera at one (or more (dependent on skill level)) mirror(s) to record a lifter’s set. This can be implemented by resting a camera on any piece of equipment that is close to a mirror. In a similar fashion to carrying out ‘peripheral miring’; this method allows lifters to lift independently of the camera whilst still discreetly letting the camera roll. Those with a penchant for the science of physics are set to flourish with the use of this method. With the proper calculation of the angles involved, lifters can bounce the camera’s line of sight across multiple mirrors across the gym. This means that the possibilities for camera placement are almost infinite. 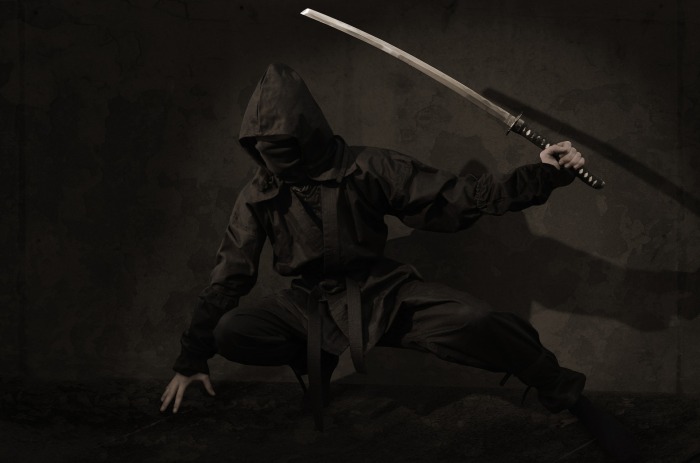 Not suitable for novices. This elite move is not one for the faint-hearted. With little hope of any usable footage and the likelihood of resulting in an unusable phone, this option has a success probability lower than its effectiveness rating. By securing a phone into the front of a lifter’s sock, lifters can ostensibly record themselves in the reflection of a full-length mirror. This could work for sumo and conventional deadlift recordings- but would likely damage the phone. This could work for front and back squats – but any forward movement of the knees would angle the lens down towards the ground. And last but not least, this would in no way work for the bench. It seems as if the jury is still out on Sock Cam™, but the style points that can be accrued from this method will lead to guaranteed gains.

This is the option that throws secrecy out of the window. Pull out the tripod, turn on the flash, and strike a pose. Fuck the haters. If you want to record yourself and don’t care who knows, go for broke. There are those that pull out all of the stops when it comes to documenting their lifts, and fair play to them. Find the perfect spot, use multiple angles and bask under the watchful eyes of the lifting gods. This method will bring about optimal footage in exchange for a small amount of extroversion. Why not slap on the special effects or cue in a soundtrack and make a real go of it. You’ll be on the red carpet in no time.

No matter how you prefer to do so, it can be extremely beneficial to document lifting progress over the course of a cycle or even your whole lifting career. Whether you keep the footage to yourself, send it to an online coach, or share it with the world; it is a great way to help push progression.