Thanks to the influx of chain gyms popping up around the world, lifting has become more accessible to us all. Membership prices have been brought down, gains can now be made 24/7 365 days a year, and there is a shiny new gym on every street corner. However this also means that these gyms cater primarily to the masses. This is less than ideal for powerlifters. Rows upon rows of step machines and a one-size-fits-all user friendly approach to training await those that venture inside.  They’re everywhere, they’re convenient, and they’re cheap. Often these glittery play centres are the only choice for many people. If you do find yourself as the only powerlifter in a sea of ‘T-shirt trainers’ – here are 5 handy survival tips. 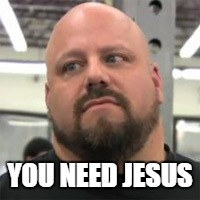 By the mere virtue of undertaking powerlifting training, we as powerlifters have seized the moral high ground of the gym. We graft on the righteous path of strength whilst others saunter down vanity lane. We push our limits in the squat rack whilst others pose in the mirrors. As the kings and queens of the gym, it is important to acknowledge the foibles of those around us, whilst still dominating humbly.

Be prepared to see sacrilegious attempts to carry out barbell work, get ready for bicep curls in the squat rack, and brace yourself to witness the queues of ‘lifters’ eager to use the Smith Machine. You’ll have to hold your tongue, you’re in their house now and you’ll have to respect the house rules. Everything that you know to be good and true will be torn down in front of your very eyes, that’s just how things work here. You’ll have to get used to it. If the masses want to quarter squat – let them. Just keep your head down and continue the real work.

It won’t take long for people to take note of the fact that your nipples don’t poke out from under your vest. Sooner or later you are going to start to stand out from the crowd. People will notice your avoidance of the treadmills, your form will seem alien and strange; you will be exposed. With time, people will start to watch you. Whatever you do, wherever you go – there’ll be eyes on you. Most gym goers will have never seen 100kg on the bar before :O, let alone be able to comprehend an U52kg subjunior throw it around for reps. Like it or not, you’re probably going to have an audience when you lift. Don’t let this distract you. You’ll start to get a reputation as ‘the one who lifts heavy’ – even if you’re a novice. Try to block out the spectators stealing sideways glances in the mirrors and concentrate on the work that needs to get done.

We’ve established that powerlifters stand out in commercial gyms. You established long ago that you’re here to move some serious weight. What comes next is your establishment as an outcast. People will naturally start to resent your lifting. You make them look bad. The gym is a hotbed of egotism and naturally is populated by some of the most egotistical people around. It’s not okay that you’re showing them up.

Powerlifters on the whole don’t look as strong as they really are. In the world of powerlifting there’s nothing odd about a skinny teenager pulling 150kg; but to the average person this is quite a feat. The big guys in gyms aren’t really ‘competing against themselves’, they’re competing against everyone else. Nobody likes to be dethroned. Naturally, if they’re being out-lifted by small children or people with half of their muscle mass, resentment will start to grow. “As a gym hater you have two options, get bigger or make everyone else smaller”; the same thing applies to strength. Expect a fair amount of negativity. There will be plenty of dirty looks and potentially even ostracisation.

Even the gym staff in some commercial gyms may start to throw shade in your direction. A personal trainer that actually needs a personal trainer could have remained undetected until you turned up, warming up with their max. You’re not good for business. The sad truth is that this all comes with the territory of lifting seriously and is not likely to change. As long as you keep training with barbells whilst everyone else is training on the calf machine, the strength gap between you and the mortals will only increase. Rise above the negativity for the good of the rise in your Wilks.

You’ve cemented your place as the leader of the pride, you’ve scared off all contenders; you’re the Bonica Lough of your ‘Totally Pure Florescent 24/7 Fitness Gym’. Make sure that you don’t let that go to your head.

#USA's Bonica Lough (@BubblyPowerlifter) wins her 4th consecutive 84+kg (185+lb) World title at @theIPF World #Powerlifting Championships in Minsk, Belarus. Although a little off her best, as she prepares for the World Games, Bonica was still a long way in front of the competition with a 250kg (551lb) #Squat, 145kg (320lb) #BenchPress and 220kg (485lb) #Deadlift. @SBD.USA #SBDApparel #SBDUSA #IPF #USAPowerlifting

Let’s face it, you may be at the top, but the bar is very low. They say that “If you’re the biggest fish in your pond, you need to find a new pond”. Unfortunately, for whatever reason you can’t (because if you could train at a real gym there’s no way you’d be amongst all of this plastic). The task is to not become complacent. You’re already at a disadvantage to the lifters in hardcore gyms who do have access to competition spec. equipment, and who do have support from people who actually know what they’re doing. The people in the real gyms are progressing; make sure that you don’t fall behind. 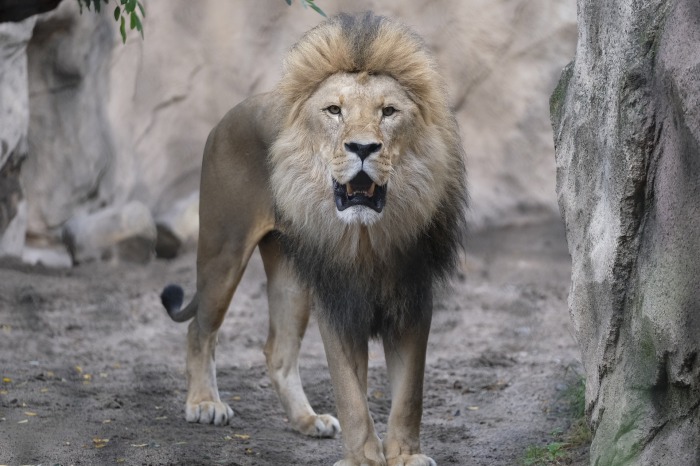 Just don’t do yourself a disservice. Give 100%, get the most out of your training sessions and don’t sacrifice any potential kilos on the platform.

In sum, though it may not be ideal to train in the midst of Jazzercise and ‘EveryDayIsArmDay’, it does not mean that successful training cannot take place. 20kg is 20kg no matter which gym you use. As long as you keep your goals in mind and keep up the hard work, you can succeed anywhere.

To our comrades around the world that can’t make it down to powerlifting gyms – we salute you.